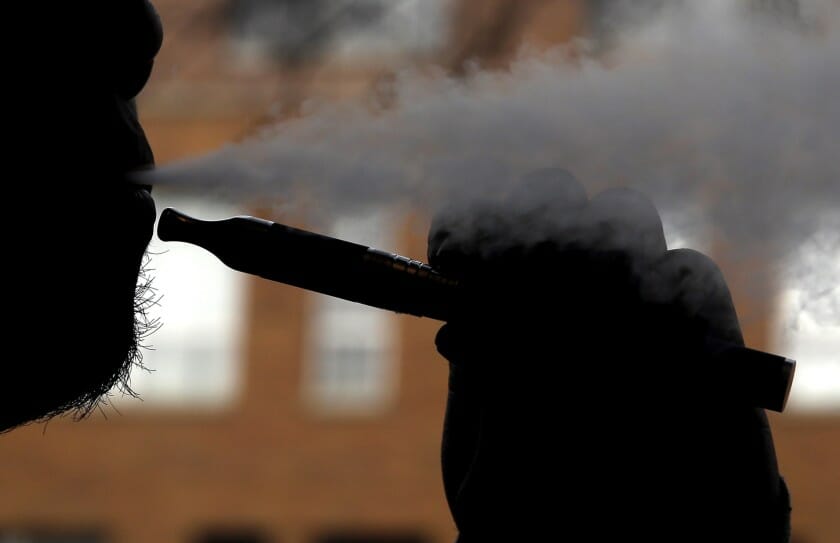 To vape or not to vape? That is the question.

Once touted as a safer alternative to smoking, vaping has now been linked to lung illnesses that have landed hundreds of people in hospitals, killing several in recent months. Federal officials said Thursday afternoon that more than 1,000 people had been diagnosed with a vaping-related lung disease since March.

Health officials across the nation are telling people to refrain entirely from vaping, whether marijuana or nicotine. Politicians have been passing laws banning e-cigarettes and other tobacco-related products.

The messaging has gotten a little messy. Here’s some information to help sort it out.

So what’s going on?

As of Oct. 1, 1,080 people who have a history of vaping have been diagnosed with some type of serious lung injury, such as severe breathing problems or lung damage. Eighteen people have died, including two in California.

Officials say the lung problems do not appear to be caused by an infection but are likely the result of vaping itself or of inhaling a chemical while vaping. The patients’ symptoms include shortness of breath, chest pain, nausea and fever, among others.

The outbreak has hit young people particularly hard, with 81% of those sick younger than 35, according to the U.S. Centers for Disease Control and Prevention. The median age of the patients who have died is about 50, officials say.

What do I need to stay away from?

Health officials are advising that people avoid using vaping devices of all kinds, whether loaded with nicotine or THC from marijuana. Signs, however, increasingly point to THC as the culprit.

A recent analysis of 578 lung-injury patients nationwide found that 78% had used THC, compared with 17% who had used only nicotine.

When health officials from Wisconsin and Illinois interviewed 86 people in their states who had become ill, almost everyone said he or she had acquired their THC cartridges illegally — either from friends, family members or drug dealers. Two-thirds said they had used the same brand.

“In Wisconsin, two groups of friends … who became ill after using THC-containing cartridges specifically reported sharing Dank Vapes cartridges. Dank Vapes was the only e-cigarette product reported by one of the patients,” according to the report from the two states.

Despite the report, CDC officials say it is too soon to narrow their investigation to THC or a specific brand.

Curate RegWatch
Cigarettes appear to be having a moment. Despite decades of public health messaging that has driven home the message that smoking...

Told you so! Massachusetts Reports Rise in E-Cigarette Smuggling After Statewide...