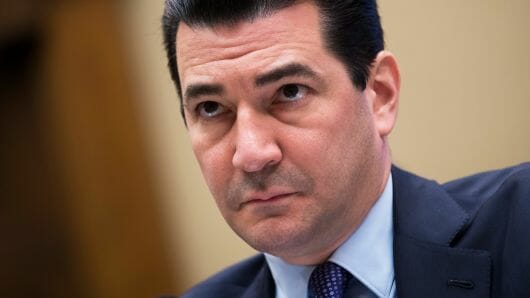 Food and Drug Administration Commissioner Scott Gottlieb is upping the pressure on Juul and Marlboro-maker Altria, accusing executives of reneging on promises they made to help combat teen vaping in light of Altria’s $12.8 billion investment in the e-cigarette maker late last year.

Gottlieb is calling the company’s CEOs to the agency’s headquarters to explain their strategy and, once again, threatened to pull e-cigarettes off the market if more isn’t done to reduce “epidemic” levels of teen use.

The deal makes Gottlieb question whether the cigarette manufacturer is truly committed to reducing teen vaping, he said in an interview Thursday.

Gottlieb in September ordered the five largest e-cigarette manufacturers, including Juul and Altria, to submit plans outlining how they planned to curb youth vaping. Altria was one of the industry’s strongest voices in siding with the FDA’s assessment of e-cigarettes last fall, publicly saying that nicotine pods and fruity flavors attracted kids to the products. Altria said it planned to pull its own versions from shelves.