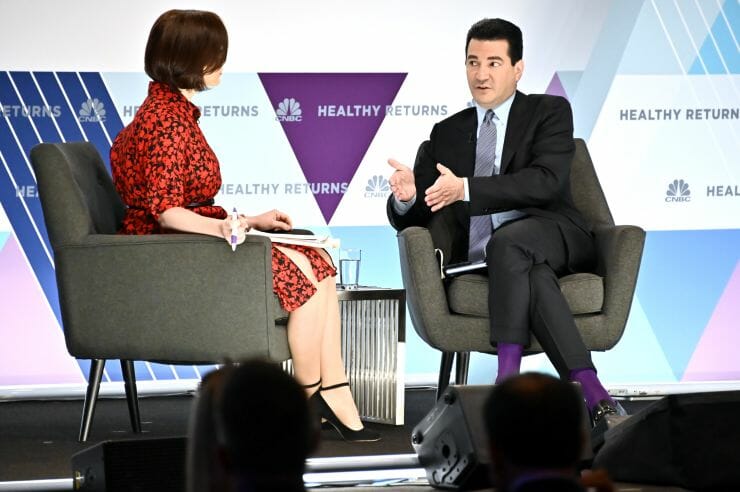 While commissioner, Gottlieb championed e-cigarettes as a way to help adults stop smoking. The agency’s delayed oversight has been blamed, in part, on a rise in teen vaping that Gottlieb eventually labeled an “epidemic.”

One of his worst days as commissioner came last summer when he received data from the annual National Youth Tobacco Survey showing a spike in teens using e-cigarettes, he told CNBC’s Meg Tirrell at the conference.

The FDA called the top five manufacturers late last year to submit plans to fix this and proposed limiting sales of fruity flavors to age-restricted stores like vape shops. It also moved up the deadline for manufacturers to apply to have their products reviewed by the FDA by one year, which Gottlieb pushed back when he started as commissioner in 2017.

Forcing companies to submit applications will likely remove some products from the market simply because gathering materials for the process takes time and money that smaller manufacturers might not have, he said.

A federal judge last week ruled that the FDA needs to start accepting applications, saying the agency was abdicating its regulatory authority. Gottlieb on Tuesday said he agrees that the applications should be submitted earlier. Gottlieb called the decision a “bad ruling” and said he worried about the precedent it would set.

However, Gottlieb said he considered removing nicotine pods used for vaping, and popularized by Juul, from the market when he was commissioner of the FDA.

“We were looking to move towards putting those products in earlier anyway. Now whether or not this judge’s ruling provides the impetus for the agency to go in and do that now as opposed to waiting, I don’t know what decision they’re going to make,” Gottlieb said. “If I was there, I would certainly consider taking that action now in review of this judge’s ruling.”

Curate RegWatch
The Council of the District of Columbia today voted to ban the sale of flavored tobacco, including menthol, a policy opposed...

Use of e-cigarettes among young people in Great Britain