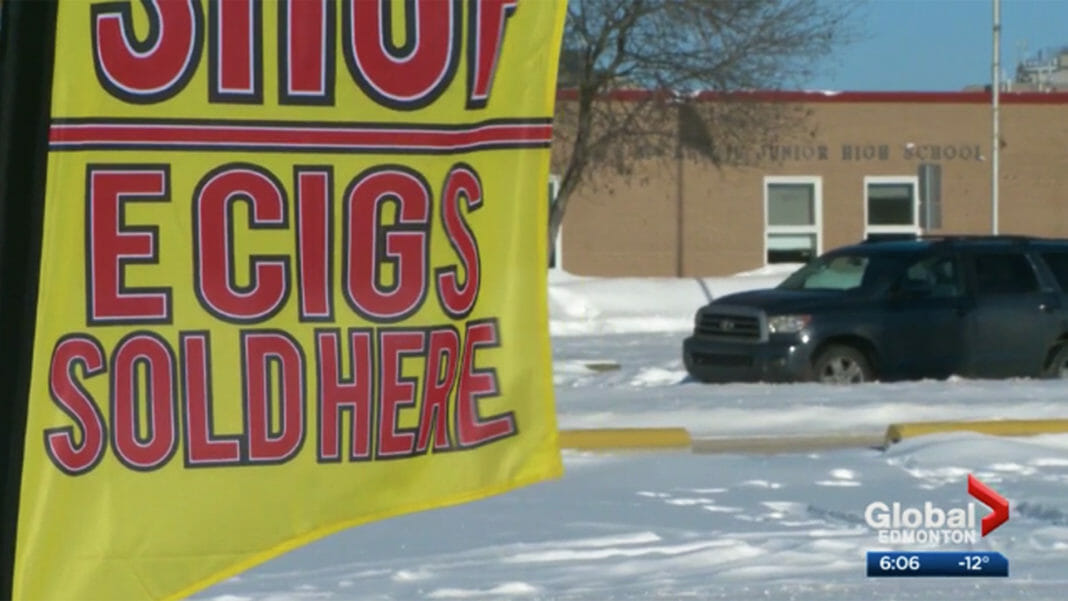 Health advocates in B.C. are calling for a crackdown on e-cigarettes in a bid to keep the devices out of the hands of teens.

The group, which includes the B.C. Lung Association, the Canadian Cancer Society and the Heart and Stroke Foundation, says recent data shows a surge in teen vaping habits.

It points to the latest U.S. National Youth Tobacco Survey, which found that the number of young people who said they had vaped within a 30-day period was up 78 per cent in 2018 from 2017.

“When you have flavours in e-cigarettes like chocolate cherry, piña colada, birthday cake, those are definitely not the kind of flavourings we think an adult who is trying to quit would be using,” said Jack Boomer, director of the Clean Air Coalition.

The group says the permit process for selling tobacco products in B.C. is too easy and that the process to be able to sell vaping products — which have nicotine but no tobacco — is even easier.

“There seems to be research coming out which indicates that youth are four times more likely to start smoking combustible cigarettes if they start using e-cigarettes,” added Boomer.

Curate RegWatch
Experts said the memo would make it more difficult for the F.D.A. to issue new rules, but it’s unclear how it...