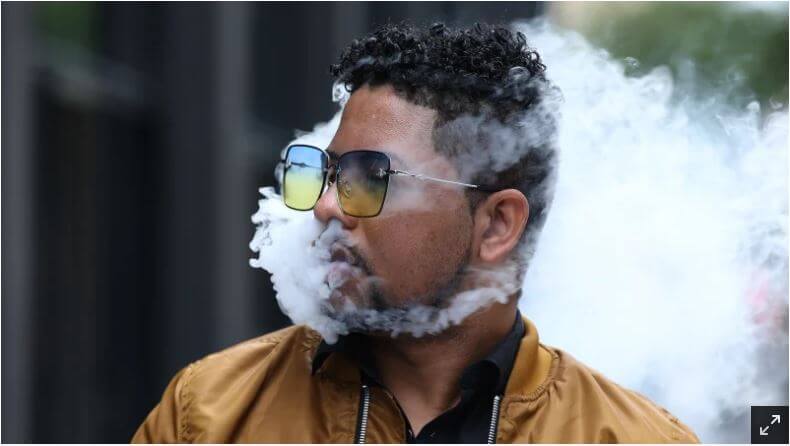 Health Minister Greg Hunt has delayed plans to impose a $200,000 fine on Australians who import liquid nicotine and will review the government’s policy on smokers who use vaping to give up cigarettes after a backbench revolt.

The ban, which the Therapeutic Goods Administration last week announced would begin on July 1, will now be delayed for six months while the regulator conducts a formal review and consultation “regarding the classification of nicotine in the Poisons Standard,” Mr Hunt said on Friday.

It comes after 28 Coalition MPs – including Queensland senator Matt Canavan, Liberal MP Tim Wilson and former Nationals leader Barnaby Joyce – signed a letter condemning the restrictions and warning the ban could drive vapers “back to the more unhealthy habit of smoking”.

Several MPs who signed the letter told The Sydney Morning Herald and The Age they were incensed at the timing of the TGA announcement, which came at the end of a sitting week and was not put to the Coalition party room.

Mr Hunt said Australia’s medical experts, including the Chief Health Officer, had “warned of the health dangers of e-cigarettes” and there was “strong evidence around the world of non-smokers being introduced to nicotine through vaping”.

Restricting e-cigarettes to those who imported them with a doctor’s prescription – a process hampered by the reluctance of many GPs to prescribe liquid nicotine, and a requirement to seek a special exemption for each patient – aimed to prevent the introduction of non-smokers to nicotine via vaping, Mr Hunt said.

However, he said the government would delay the changes “in order to assist … people who have been using these e-cigarettes with nicotine as a means to ending their cigarette smoking” and establish “a streamlined process for patients obtaining prescriptions through their GP”.

“This will give patients time to talk with the GP, discuss the best way to give up smoking, such as using other products including patches or sprays, and if still required, will be able to gain a prescription,” Mr Hunt said.

Curate RegWatch
UC Riverside research on mouse neural stem cells has implications for nicotine use A research team at the University of California, Riverside,...

Smoke and mirrors | The nanny state critics behind the vape...