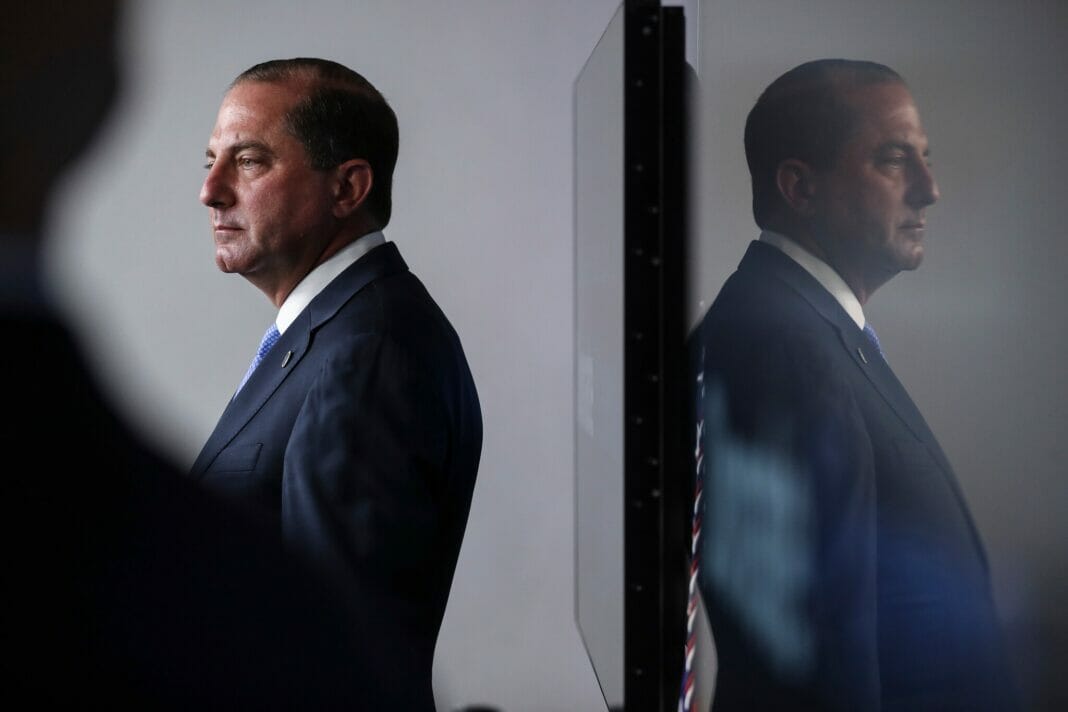 Experts said the memo would make it more difficult for the F.D.A. to issue new rules, but it’s unclear how it would affect the vetting of coronavirus vaccines.

In a stunning declaration of authority, Alex M. Azar II, the secretary of health and human services, this week barred the nation’s health agencies, including the Food and Drug Administration, from signing any new rules regarding the nation’s foods, medicines, medical devices and other products, including vaccines.

Going forward, Mr. Azar wrote in a Sept. 15 memorandum obtained by The New York Times, such power “is reserved to the Secretary.” The bulletin was sent to heads of operating and staff divisions within H.H.S.

It’s unclear if or how the memo would change the vetting and approval process for coronavirus vaccines, three of which are in advanced clinical trials in the United States. Political appointees, under pressure from the president, have taken a string of steps over the past few months to interfere with the standard scientific and regulatory processes at the health agencies. For example, a much criticized guideline on testing for the coronavirus was not written by C.D.C. scientists, and was posted on the agency’s public website over their objections. It was reversed on Friday.

Outside observers were alarmed by the new memo and worried that it could contribute to a public perception of political meddling in science-based regulatory decisions. Dr. Mark McClellan, who formerly headed the F.D.A. and now runs Duke University’s health policy center, praised the agency’s work on vaccine development but said the policy change was ill-timed.

“We’re in the midst of a pandemic, when trust in the public health agency is needed more than ever,” he said. “So, I’m not sure what is to be gained with a management change with respect to F.D.A. when they are doing such critical work.”

The WHO’s bizarre war on e-cigarettes | The Spectator

Curate RegWatch
When the COP26 climate change conference hits Glasgow at the end of October, the media will be out in force to...

Authorities must use accuracy in public health warnings about vaping lung...