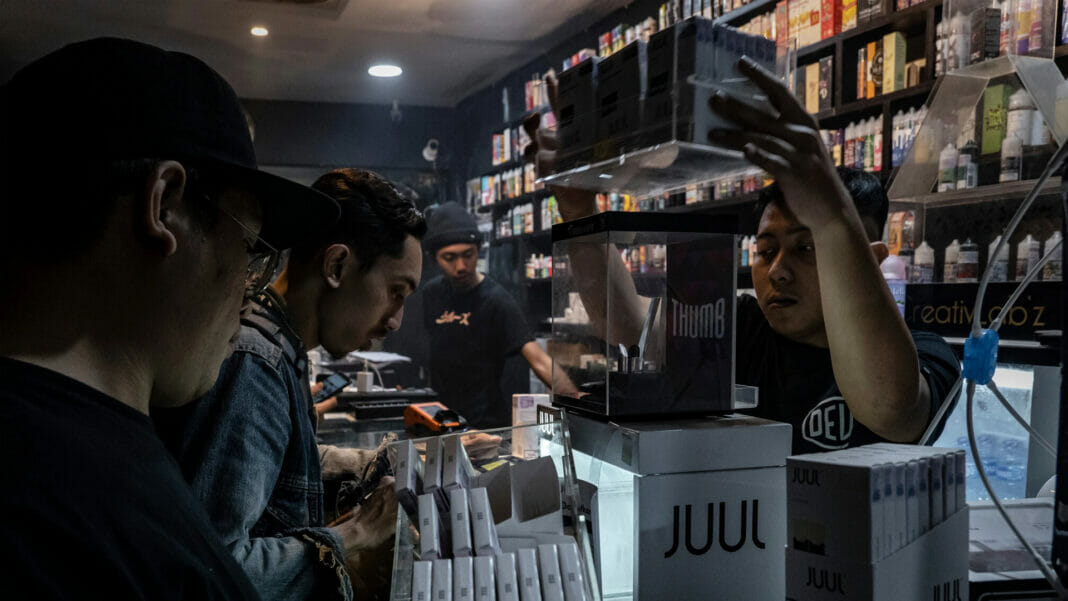 The company faces declining sales and thousands of lawsuits claiming it knowingly sold its trendy vaping products to minors. Soon the F.D.A. will decide whether it can keep selling them at all.

Sales have plunged by $500 million. The work force has been cut by three-quarters. Operations in 14 countries have been abandoned. Many state and local lobbying campaigns have been shut down.

Juul Labs, the once high-flying e-cigarette company that became a public health villain to many people over its role in the teenage vaping surge, has been operating as a shadow of its former self, spending the pandemic largely out of the public eye in what it calls “reset” mode. Now its very survival is at stake as it mounts an all-out campaign to persuade the Food and Drug Administration to allow it to continue to sell its products in the United States.

The agency is trying to meet a Sept. 9 deadline to decide whether Juul’s devices and nicotine pods have enough public health benefit as a safer alternative for smokers to stay on the market, despite their popularity with young people who never smoked but became addicted to nicotine after using Juul products.

“The stakes are high,” said Eric Lindblom, a senior scholar at the O’Neill Institute for National and Global Health Law at Georgetown University, and a former F.D.A. adviser on tobacco. “If the F.D.A. blows it on this one, they will face public health lawsuits.”

Juul is sparing no expense to push back. Last week, the company agreed to pay $40 million to settle just one lawsuit (with North Carolina) out of thousands lodged against it, avoiding a looming jury trial. The company had urgently sought the deal to avoid courtroom testimony from parents and teenagers while the F.D.A. is reviewing its vaping products.

Juul has not made its 125,000-page application to the agency public. But it paid $51,000 to have the entire May/June issue of the American Journal of Health Behavior devoted to publishing 11 studies funded by the company offering evidence that Juul products help smokers quit. (A spokesman for Juul said the editors had rejected one of the company’s submissions.) That fee included an extra $6,500 to have the subscription journal open access to everyone.

Three editorial board members of the journal resigned over the arrangement.

And Juul’s federal lobbying has remained robust. It spent $3.9 million on federal lobbying in 2020, according to the Center for Responsive Politics, which tracks political spending. Altria, the big tobacco company that owns a chunk of Juul, spent nearly $11 million.

Juul’s share of the vaping market has shrunk significantly, to 42 percent last year, according to analysts, from a high of 75 percent in 2018. But some public health experts say they are concerned that F.D.A. approval will lay the groundwork for the company to rise and expand its reach again.

Curate RegWatch
While some consequences of the deadly coronavirus pandemic are known and obvious, like the tragic loss of life and economic devastation,...