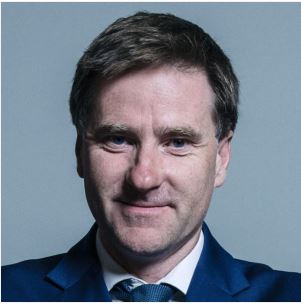 Steve Brine is a former Public Health Minister, and is MP for Winchester.

Last year, the Government announced plans to make England smoke-free by 2030, building on previous initiatives such as the ban on smoking inside public places, and the introduction of plain packaging for cigarettes and hand rolling tobacco.

A year on, we have yet to see enough detail of how it intends to achieve its ambition, and there are real concerns that England could miss this target unless further clarity is provided.

The UK vaping industry, estimated to be worth more than £1 billion to the economy, can be a valuable partner in helping to deliver on the Government’s objectives and address the smoking cessation plateau.

Regulators and health experts in the UK have already acknowledged that vaping could play a crucial role in reducing smoking rates, providing smokers with an effective tool to quit altogether.

During my time as Public Health Minister, we laid out its plan for adopting a harm reduction strategy, aimed at maximising smoking cessation among adults and minimising uptake by young people.

This policy was driven by previous research conducted by Public Health England, which found vaping to be at least 95 per cent less harmful than smoking cigarettes. Since then, a clinical trial led by Queen Mary University of London found that vape products were almost twice as effective as patches and gum – known as nicotine replacement therapies – at helping smokers to quit.

With vaping, there’s no combustion, no smoke, no tar as found in traditional tobacco products. While vaping is not without risk, and we lack the long view afforded by decades of research science, we know it allows smokers to receive nicotine without the cancerous toxins produced by combustible tobacco.

However, to encourage smokers to try vaping, they need to have confidence that the products they choose are safe.

Recent negative media coverage means trust in the vape category has declined. For example, statements originating in the USA said that vapers could be at greater risk of contracting Covid-19, claims which are wholly unsubstantiated. This could deter smokers from transitioning to vaping, a significantly less harmful nicotine delivery method.

Such developments represent an opportunity for the Government to reappraise the regulatory landscape and improve product quality across the industry, thereby increasing consumer confidence in vape products as a mechanism for addressing public health concerns.

Curate RegWatch
The debate over what to do about the rise in Canadian teens sucking nicotine-laced vapours into their lungs has reached a...

Fantastically Corrupt | Vaping to COVID19, Has Public Health Lost Its...