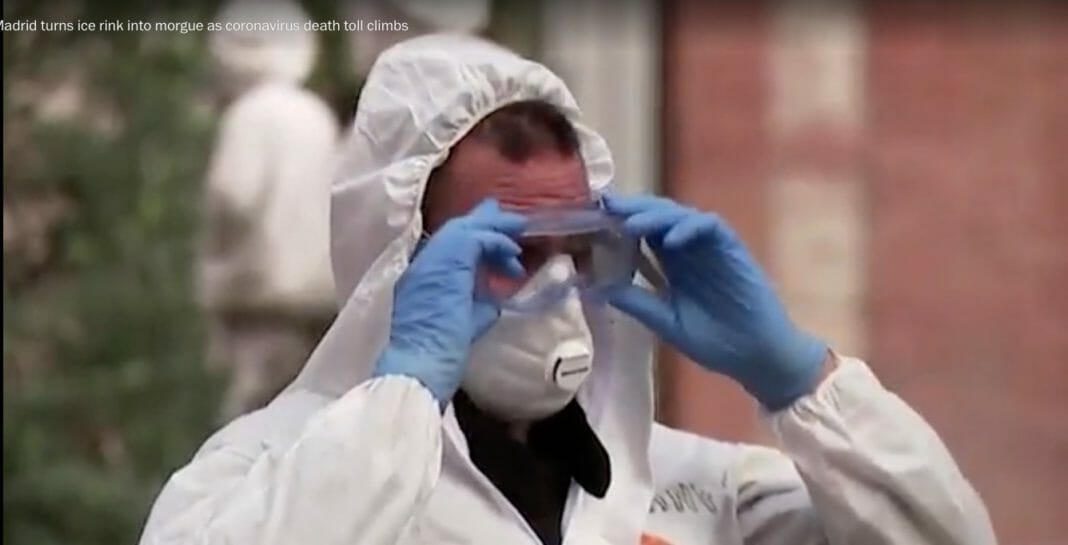 Spain is now facing the worst coronavirus outbreak in the world behind Italy, after its reported deaths surpassed China’s on Wednesday.

Spain announced 738 new deaths, taking its total to 3,434. That was the biggest overnight jump anywhere in the world and took Spain past the official tally of 3,285 deaths in China, where the global pandemic began but where the rate of reported new infections has tapered off.

Italy remains the world’s worst-hit country, with more than 7,500 dead. Italian authorities, though, indicated Wednesday that their outbreak may have peaked, with the daily death toll dipping to 683 in the previous 24 hours.

In Spain, experts anticipate the situation will get worse before it gets better. That’s a daunting prospect for the country’s overstretched, exhausted health services.

“There are some hospitals which have already collapsed,” said Oriol Mitjà, an infectious-
disease specialist at Germans Trias i Pujol Hospital in Barcelona. “They have to make a decision when to admit a patient to intensive care or not, and the criteria is mainly by age, so some elderly people are not prioritized.”