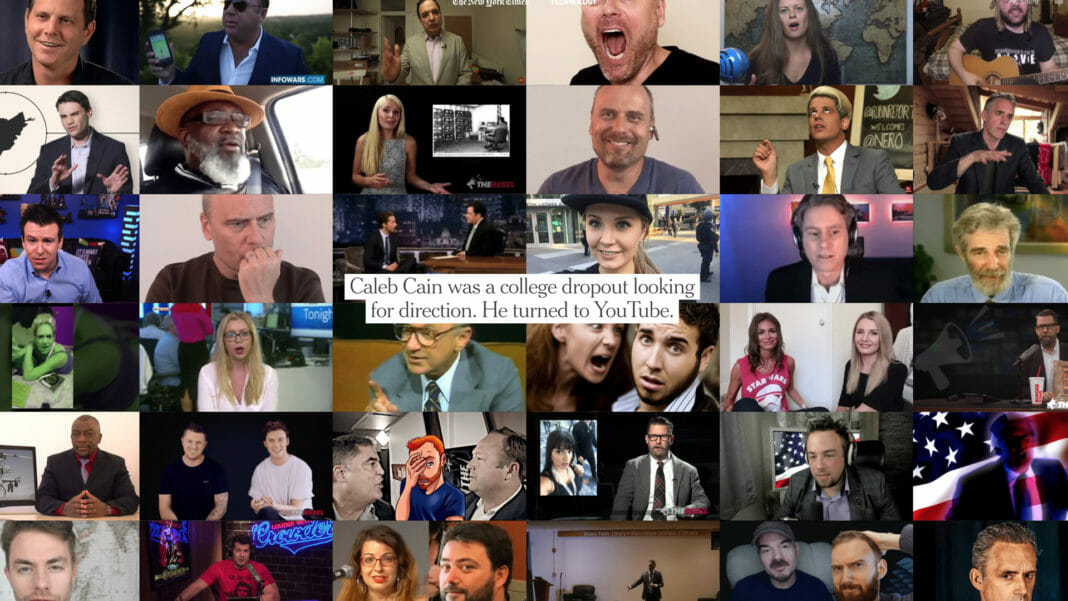 Caleb Cain pulled a Glock pistol from his waistband, took out the magazine and casually tossed both onto the kitchen counter.

“I bought it the day after I got death threats,” he said.

The threats, Mr. Cain explained, came from right-wing trolls in response to a video he had posted on YouTube a few days earlier. In the video, he told the story of how, as a liberal college dropout struggling to find his place in the world, he had gotten sucked into a vortex of far-right politics on YouTube.

“I fell down the alt-right rabbit hole,” he said in the video.

Mr. Cain, 26, recently swore off the alt-right nearly five years after discovering it, and has become a vocal critic of the movement. He is scarred by his experience of being radicalized by what he calls a “decentralized cult” of far-right YouTube personalities, who convinced him that Western civilization was under threat from Muslim immigrants and cultural Marxists, that innate I.Q. differences explained racial disparities, and that feminism was a dangerous ideology.

“I just kept falling deeper and deeper into this, and it appealed to me because it made me feel a sense of belonging,” he said. “I was brainwashed.”