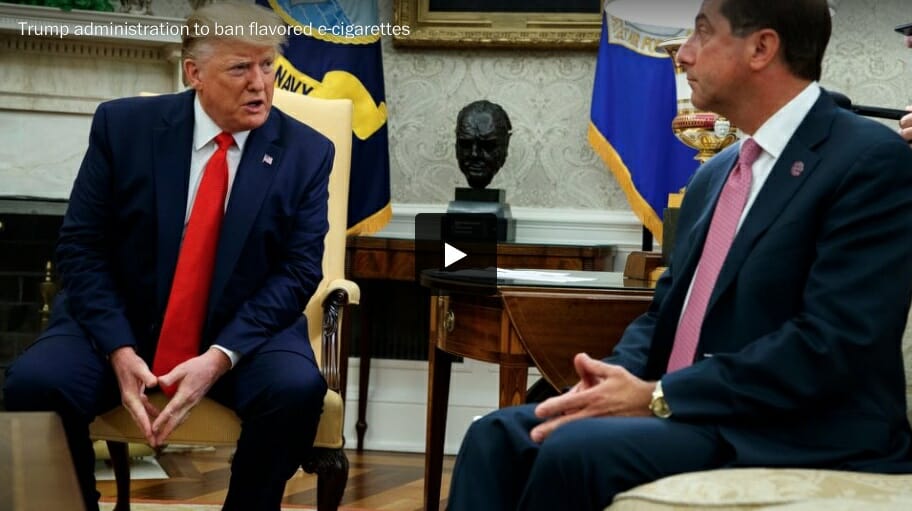 Juul Labs did everything in the power players’ handbook to cement its status in Washington.

The Silicon Valley start-up worked to make friends in the nation’s capital. It hired senior White House officials wired into President Trump and the first family. It sent politically connected officials to the West Wing to extol its products. It spent big on lawmakers in both parties.

But last week, the e-cigarette giant, along with the rest of the vaping industry, was caught off guard when President Trump decided to take drastic action, banning almost all flavored vaping products. “We can’t have our youth be so affected,” he said in the Oval Office.

The scope of the announcement stunned most of the industry, even big companies like Juul that have carefully nurtured relationships with policymakers to gain influence. But lately, those companies have also been undercut by a stream of reports about teen e-cigarette use and a mysterious lung illness tied to vaping — with a seventh death, in California, announced Monday.

Now some are going into crisis mode to try to protect against a ban that would probably put small operators out of business and result in million-dollar losses for the giants. Some companies have harnessed staffers and lobbyists with ties to the White House and Capitol Hill to gather information about the still-unfinished policy and figure out how they might navigate a path forward, according to current and former administration officials and others with knowledge of the efforts.

Market-leading Juul has sent lobbyists to talk to Hill Republicans but has not yet decided whether to challenge the ban on mint and menthol e-cigarettes, its two biggest moneymakers. The company might argue to keep its menthol flavor on the market because it is legal in cigarettes and it wants to give smokers an alternative to menthol cigarettes, a Juul official said.

Curate RegWatch
Philip Morris, one of the world’s largest tobacco companies, is starting to diversify “as part of a natural evolution into a...

Against Reason | Public Health Careens Over Cliff on Vaping