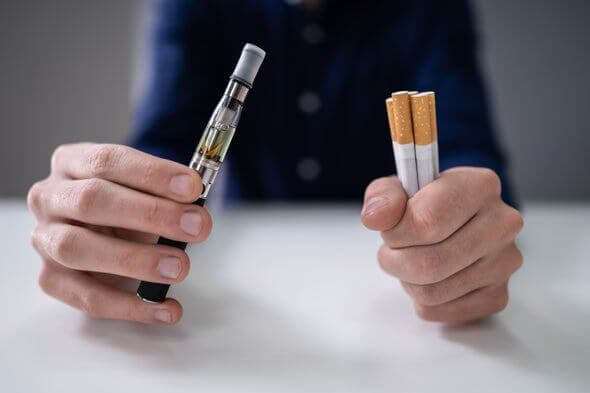 The practice of vaping and how adequate it is as a nicotine deterrent divides opinion worldwide, but the emerging data seems to suggest the smoking of vaping devices to be a considerably healthier alternative to typical cigarette tobacco smoking.

Public Health England’s landmark 2015 review on the topic suggested e-cigarettes to be 95% less harmful compared to regular cigarettes. In this context, yesterday’s commitment to introduce a “targeted taxation regime to specifically discourage ‘vaping’ and e-cigarettes” as part of the proposed Programme for Government represents yet another attack on vaping accessibility and image.

Science, however, should always be placed above ideology and our political representatives need to adapt and incorporate these apparent scientific developments regarding tobacco harm reduction, not obstruct its growth, writes Jack Kiely.

That which has made vaping such a polarising topic, in Ireland and afar, is considerably attributable to our own failings as a society in terms of how we have misinterpreted its function and purpose. It is reasonable to say that the teenage population of Ireland, for example, have been fascinated with vaping for all the wrong reasons; it has acted as a fashion statement to them which, as a consequence, has seen older generations not taking vaping with the appropriate seriousness it deserves, with the United States offering a pertinent example.

The reality is that vaping has not yet reached its target market in Ireland. When analysing the crux of the issue of vaping regulations and accessibility, which is essentially a health matter, we should be focused on the emerging scientific evidence, combined with the personal stories of those on the ground whose lives have been transformed through vaping as an alternative to years of cigarette smoking.

Why an Impending Flavor Ban in the Netherlands Matters for All...