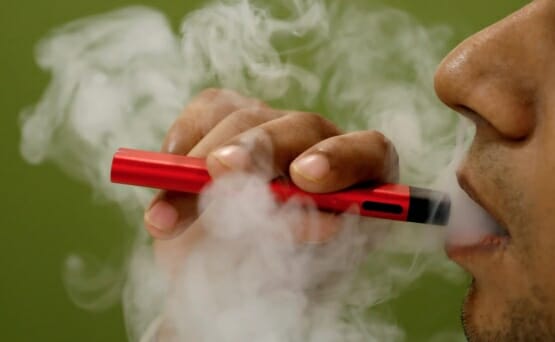 The Food and Drug Administration can regulate e-cigarettes like it does conventional cigarettes, an appeals court said Tuesday, finding that the products are “indisputably highly addictive and pose health risks, especially to youth, that are not well understood.”

The case before the U.S. Court of Appeals for the District of Columbia Circuit, brought by an e-cigarette manufacturer, was not about banning the sale of the devices and did not pose the question of whether e-cigarettes are more or less safe than traditional cigarettes. The issue for the court was whether the FDA has the authority to treat e-cigarettes as “tobacco products” and to subject the vaping products to the same set of rules and regulations as their conventional counterparts.

The case is the first to be decided by a federal appeals court, among a set of lawsuits filed throughout the country.

The three-judge panel unanimously rejected arguments from the industry, calling the FDA’s decision “entirely rational and nonarbitrary” to require that before ane-cigarette can be marketed, its manufacturer must show that it is selling “consistent with public health.”

In a 48-page opinion, the judges also disagreed with the industry’s position that the ban on the distribution of free samples of tobacco products, including e-cigarettes, is unconstitutional and violates the First Amendment.

More than 50 organizations pressure Trump administration to follow through with...

Curate RegWatch
More than 50 health and advocacy groups are sending a clear message in letters to US Health and Human Services Secretary Alex...

Trends in Electronic Cigarette Use and Conventional Smoking: Quantifying a Possible...