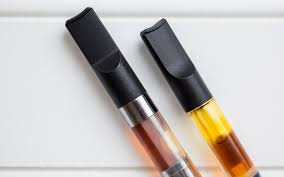 In August 2019, some US media outlets began to express concerns over the wording of alerts issued by the US Centers for Disease Control and Prevention (CDC).

The CDC alerts focused on “e-cigarettes” rather than THC vaping. On August 28, for example, USA TODAY published a story with the headline, “People are vaping THC. Lung injuries being reported nationwide. Why is the CDC staying quiet?”

On August 31, tobacco harm reduction expert Jim McDonald noted that the latest official US government statement on EVALI mentioned the word “e-cigarette” 22 times. McDonald wrote, “many cannabis oil users would not even recognize that term as applying to the products they use, which are typically called oil cartridges, vape carts, THC carts, vape pens, [or] weed vapes.”

Public confusion is one obvious symptom of the EVALI misinfodemic. A January 2020 US poll found that “just 28% of adults think people have died from lung disease related to using THC products,” while “66% of adults say e-cigarettes are ‘very harmful’ …up 8% from September 2019.”

By February 2020, 68 Americans had died and more than 2,800 had been hospitalized. The tone of EVALI media reports across the countries we analyzed was, unsurprisingly, negative. However, our analysis shows an odd three-fold spike in mentions of “nicotine” coincident with EVALI mentions. This spike is odd because most evidence indicates that nicotine had nothing to do with the EVALI outbreak (see Part One of this series).

Google trends show an approximately 20% increase in “THC” searches in September 2019. But for the remainder of 2019, “THC” searches dropped below average levels for the first half of the year. This is odd because all evidence pointed to illicit THC vaping as the cause of EVALI (see Part One of this series).

Our analysis found that in the United States, during an outbreak of lung poisonings caused by bootleg THC vaping products, nearly half of all EVALI news stories referred to a teen nicotine “​vaping epidemic.” Nearly half suggested bans on “e-cigarettes,” and about 25% noted that ​nicotine is “highly addictive.” Most stories either failed to mention THC or buried what should have been the lead at the end. This included stories in most major US news outlets.

Below, I will explore how the US “EVALI” misinfodemic spread from that US misdiagnosis (see Part One) to the United Kingdom, India and South Africa.

FDA says more than 5 million electronic cigarettes must be taken...

Curate RegWatch
The agency has deferred its decision on the largest vaping companies, including Juul. FDA has ordered more than 5 million e-cigarette products...

Vaping Policy Targets Minors, Based On Iffy Evidence, And Winds Up...

FDA: Next Steps on the Sept. 9 Premarket Submissions