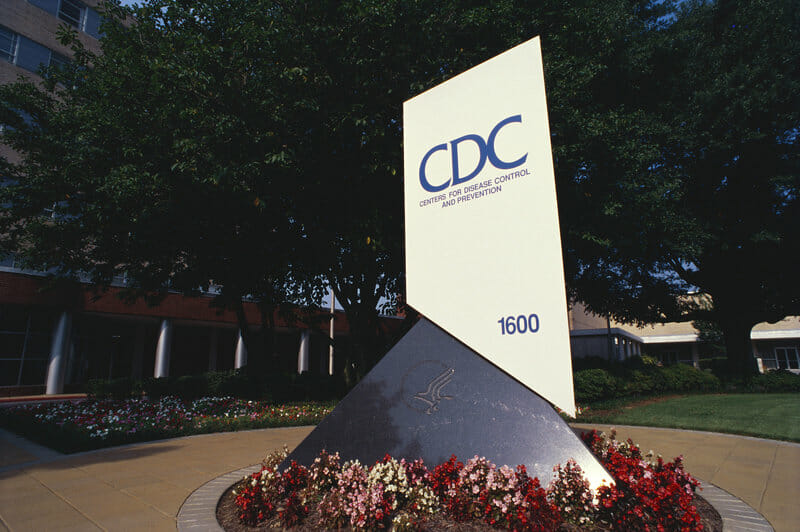 When the first cases of vaping-related lung injuries came to the attention of scientists at the Centers for Disease Control and Prevention this summer, they knew this was a potential curveball.

Disease detectives, more accustomed to stopping food-borne illnesses or tracking the annual influenza cycle, realized that they’d need a unique approach to take on a health crisis that has so far sickened 1,604 and killed 34.

“I think it’s pulling on everyone’s heartstrings,” says Dr. Anne Schuchat, the CDC’s principal deputy director, during an interview in Atlanta, “because many of the individuals are previously healthy. A lot of them are young. Half of them are under 25 years old and some of them are dying.”

Given the scope and the mysterious nature of the illness, the CDC set up an incident command center to coordinate its response. In elevating an issue like this, Schuchat says the CDC has directed about 140 scientists and other staff to step away from their normal work and give their full attention to the crisis.

They are deploying “epidemiologists, communications experts and laboratory staff and our disease detectives to work on this issue, which six months ago, they were not focused on,” Schuchat says.

The CDC uses this high-profile approach to take on major new outbreaks, such as Zika, SARS and the 2001 anthrax attacks. In fact, an incident team responding to the Ebola outbreak in the Democratic Republic of Congo is still at work at CDC headquarters, inhabiting the main emergency response center.

The CDC has set up a separate command center at its Chamblee campus to deal with the vaping injuries, six miles from CDC headquarters. It’s headed by Dr. Dana Meaney-Delman, who is not actually an expert on tobacco or vaping.

“I’m an obstetrician-gynecologist,” she says, “so it is not about the expertise in the particular field.”

The CDC tapped her because she’s run four other emergency responses, including one for the Zika viral outbreak, which caused birth defects in the children of some infected mothers. That incident command center ran for a year and a half.

She operates out of a conference room filled with laptop computers, and her team’s mission is clear. The first step is to be aware that something unusual is afoot, “and then quickly we need to establish whether it’s happening elsewhere,” Meaney-Delman says.

In the case of vaping lung disease, that played out quickly over the summer. The first cases came to the attention of public health officials in Illinois and Wisconsin. Soon there were reports from across the country.

The next question on her agenda: What’s causing this outbreak of lung injuries?

“We’ve narrowed this clearly to THC-containing products that are associated with most patients who are experiencing lung injury,” Meaney-Delman says. ” The specific substance or substances we have not identified yet, but even when we do that’s not necessarily going to help with public messaging.”

Informing and warning the public are the most potent tools at the CDC’s disposal. They can be effective even in the absence of many details. For example, the CDC was able to help people avoid AIDS even before doctors knew a particular virus was causing the disease.

As the messages about vaping hazards are getting out, the incident’s chief data scientist, Macarena Garcia, has the unenviable job of gathering data about the outbreak. Garcia has worked overseas where countries have a single health ministry to gather and collate disease information. But it’s a different story here in the United States, where data gathering happens state by state.

“It’s a very diplomatic type of experience,” she says, “because you have to have to negotiate with all the? state partners and territories to access data in a way that can be meaningful when you aggregate it nationally.”

After nearly two months of late nights spent struggling to harmonize these critical data, Garcia says the CDC is starting to get a streamlined system. It may seem like a wonky detail, but it matters a lot when it comes to understanding the details and homing in on actionable information.

“Certainly, if the cause or causes of the lung injury are identified, that would advance that effort a great deal,” says Dr. Ram Koppaka, a lung specialist at the CDC who is leading the medical part of the response team.

If scientists can track down the chemical or chemicals responsible for the injury, “there might be a way to detect them in the lungs or in the blood or in the tissues or whatever,” he says.

To that end, the CDC has just started testing the fluid from the lungs of people who have suffered injury after vaping. The CDC lab will run more than a dozen tests on these lung fluids, looking for suspicious chemicals.

“That gives us kind of a sampling of what’s on the inside surface of the lung,” says Dr. Jim Pirkle, who is the director of the laboratory sciences division at CDC’s National Center on Environmental Health. “That’s actually very important, because we think that’s where the problem is.”

The tests are looking for a variety of natural and synthetic oils that have been observed in some victims’ lungs, as well as a class of natural compounds called terpenes. Pirkle explains that these impart flavor to the THC oil from marijuana, and may be manipulated by people who are tinkering with the products. (Some terpenes are found in turpentine).

Lab results from people who fell ill will be compared with samples from the lungs of healthy individuals, including people who vape and who smoke, to see if anything sticks out, Pirkle says.

At the same time, the CDC will put e-cigarettes and other vaping devices into their automated smoking machines, which isolate and identify the chemicals in the gases and vapor. “We’re smoking cigarettes and e-cigarettes all the time,” Pirkle says, “maybe not what you’re classically thinking CDC is doing.”

While the Food and Drug Administration’s lab is is examining unused vape fluid, Pirkle notes that the fluid can undergo reactions when it is heated in an e-cigarette, and that process may be producing other chemicals, which will be detectable in the CDC tests. His labs stated the first of those tests last Friday.

“It took a while to get all those methods developed, all that interpretation stuff figured out,” Pirkle said. But, “we’re chugging on it. We’re out at 60 miles an hour.”

Schuchat, the CDC’s deputy director, says the science part of this investigation is not the biggest challenge.

“Some of the underlying factors that have brought us here are going to be very difficult to deal with,” she says. If this were simply a case of contaminated food, the CDC could identify the product and recall it from the shelves. It’s very different to intervene in an outbreak “that we believe is due to behaviors that may be quite common and products that, for whatever reason, seem to be quite risky.”

The suspicious vapes are not only risky, but hard to quit, and likely illicit if not downright illegal, depending on the state. That’s part of why she and her colleagues are reluctant to say just how long it will take to bring this frightening situation under control.

Curate RegWatch
For years, Premium Liquid Labs better known as Premium Labs proudly touted its “A Drop Above the Rest” motto with a...

E-cigarette use may lead some to quit traditional cigarettes

Vaping and Lung Inflammation and Injury