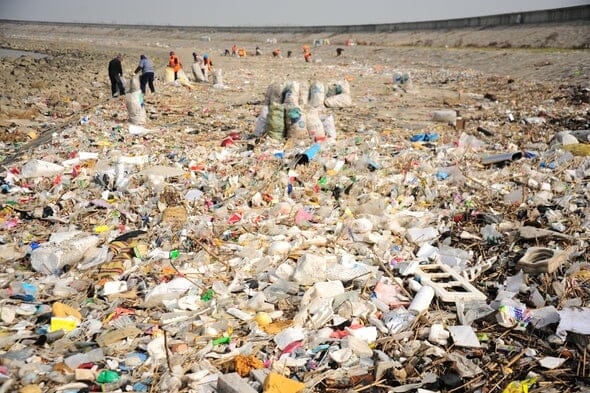 The Yangtze alone pours up to an estimated 1.5 million metric tons into the Yellow Sea

Our seas are choking on plastic. A staggering eight million metric tons wind up in oceans every year, and unraveling exactly how it gets there is critical. A recent study estimates that more than a quarter of all that waste could be pouring in from just 10 rivers, eight of them in Asia.

“Rivers carry trash over long distances and connect nearly all land surfaces with the oceans,” making them a major battleground in the fight against sea pollution, explains Christian Schmidt, a hydrogeologist at the Helmholtz Center for Environmental Research in Leipzig, Germany.

Schmidt and his colleagues dug up published data on the plastic concentration in 57 rivers of various sizes around the world. These measurements included bottles and bags, as well as microscopic fibers and beads. The researchers multiplied these concentrations by the rivers’ water discharge to calculate the total weight of plastic flowing into the sea. They then fed these data into a model that compared them with the estimated weight of plastic litter generated per person per day along each river.

Forget Your Reusable Bags? This Grocer’s Embarrassing Plastic Sacks Will Help You Remember

With approval looming and a private-sector sale likely, Trans Mountain may yet be a Liberal electoral asset | John Ivison